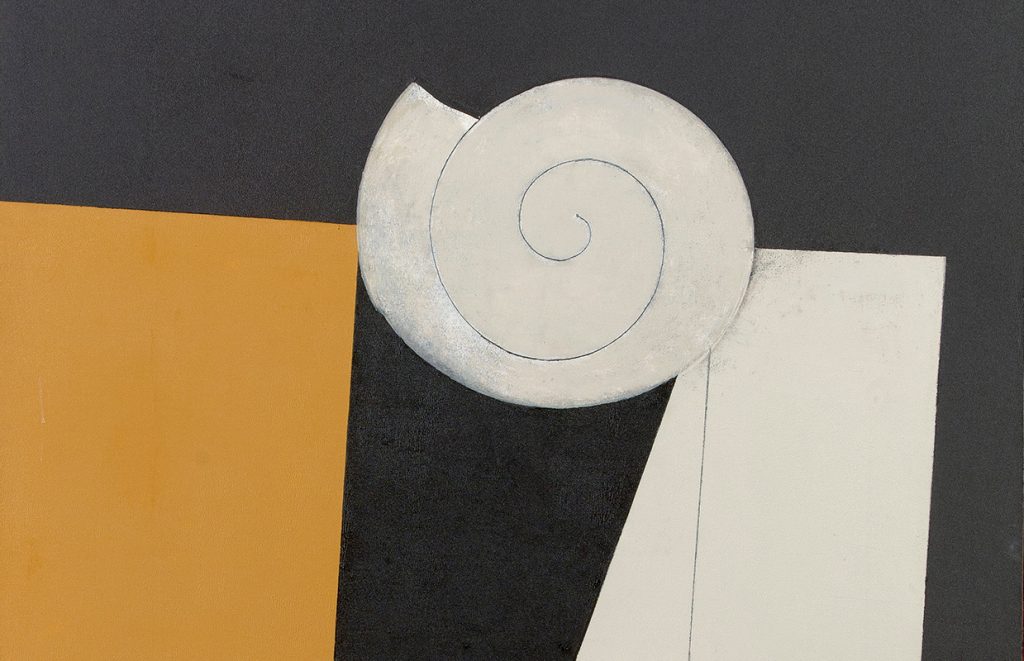 Painter, art critic, modern art historian and theoretician, strategist in area of cultural life, founder and long time director of Museum of Contemporary Art in Belgrade, Miodrag B. Protić was a personality of multiple value for local, national and international cultural scene. After an exhibition dedicated to Miodrag B. Protić opus from fifties and sixties (2015), Gallery Rima decided to intergrate its activity by organising an exhibition of Protić’spaintings from seventies and eighties.

Author of the exhibition, art historian Ješa Denegri, states the following about this period of the artist’s workin exhibitional catalogue: „By conducting in his own paintings the process of reduction from the representation of a material object to a sign of non-material form, Protić established his theoretic thesis about the existence of the “semantic key” – in his interpretation of his own painting it assumed “the reduction of an object to a geometrical sign (shell-spiral, asteroid-circle, sandglass-triangle) in corporated into the concept of whole as an essential element… In fact, that kind of reduction followed the ideal of totality, believing that even fragments of the world could reflect its whole, and the bread thoflife could be conceived by making one of its manifestations universal”.

The aim of the exhibition is to revitalise the personality and deed of one of the most respected and influential artists from this region.

Exhibition will be opened on 11th of October at 7pm.