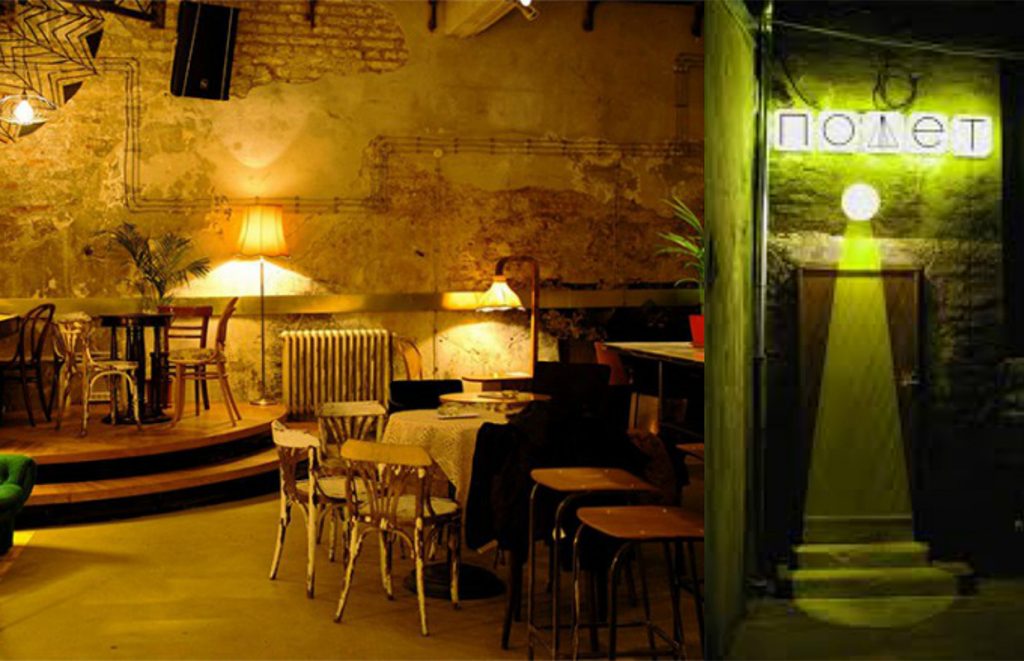 Located in the rustic surrounding of the old Belgrade Beer Factory, Polet was founded with the idea to open its door to talented artists in various fields, from music, painting, literature, through theater and film, to science, to support and empower artists and to bring them closer to the audience through various cultural and artistic programs. Durnig almost four years, Polet created an important communication channel among all those for whom culture, art and science are one of the basic needs of social life. This multifunctional space dedicated to various art forms and interaction, such as performances, concerts, thematic nights, is a blend of content that nourishes the old Yugoslav spirit and contemporary tendencies. Initially, Polet is a gallery so concept of the program also includes exhibitions of local and foreign artists. The design and the interior is the work of the famous designer Valentina Popržan. The artist Ksenija Pantelić was a painter of the murals. The art counsil consists of the Polet’s founder Aleksandar Mihailovic, director Ana Jeremic, and Jelena Pavlovic, the art director.