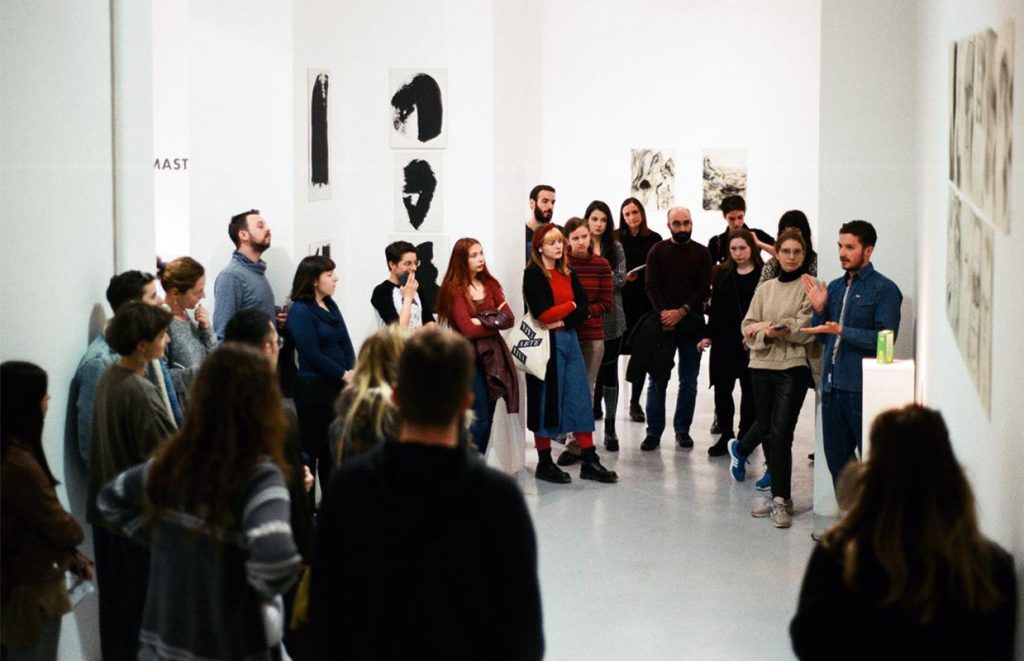 Is an independent artist-run space dedicated to supporting contemporary art founded in 2012 in Belgrade. It was founded with the purpose to be a platform where young local artists would be shown. The first exhibition titled 10+1 opened the space to the Belgrade public with an appeal to novel and quality contemporary art. A self-organized team was put together for this occasion consisting of Isidora Krstic, Iva Kuzmanovic, Lidija Delic, Marija Sevic, Nina Ivanovic, Sava Knezevic and Nemanja Nikolic who is also the initiator of the project and under whose curatorship the artists were presented together with four more artists at the opening of the space. After the group exhibition, every member of U10 furthermore produced a solo show with which they were presented primarily as artists, followed by the role as members of artistic council. The strong positive reaction and feedback of the public together with the artistic community demonstrated an evident necessity to further pursue the continuation of this initially short-term project. An all year open call was thus established, inviting artists, curators and artistic groups to send in their submissions, with which U10 took on the role of selector and broadened its activities and participation in the scope of the local art scene. The selection is also done by invitation. By collaborating with similar spaces and initiatives, U10 Art Space actively works on creating a culture of artistic education, debate and exchange between artists, curators, art theoreticians, writers and the wider public. The main focus of the program is to create solo and group shows presenting mainly young artists from Serbia. A few slots per year are dedicated to international projects whose concept is aimed at creating active exchange and collaborating with local artists; followed by presenting mid-career artists. An integral part of the program includes events such as: exhibition guidings by artists and curators, performances, sound and music performances, discussions and panels as well as parallel events outside of the space itself and abroad. The fundamental point of the art space is to promote young artists at the beginning of their artistic careers who haven’t had the opportunity to be adequately presented to the local public. The presence of all forms of artistic media so far created a vibrant and dynamic program which allowed the space to be transformed according to each artists own facet of artistic practice.