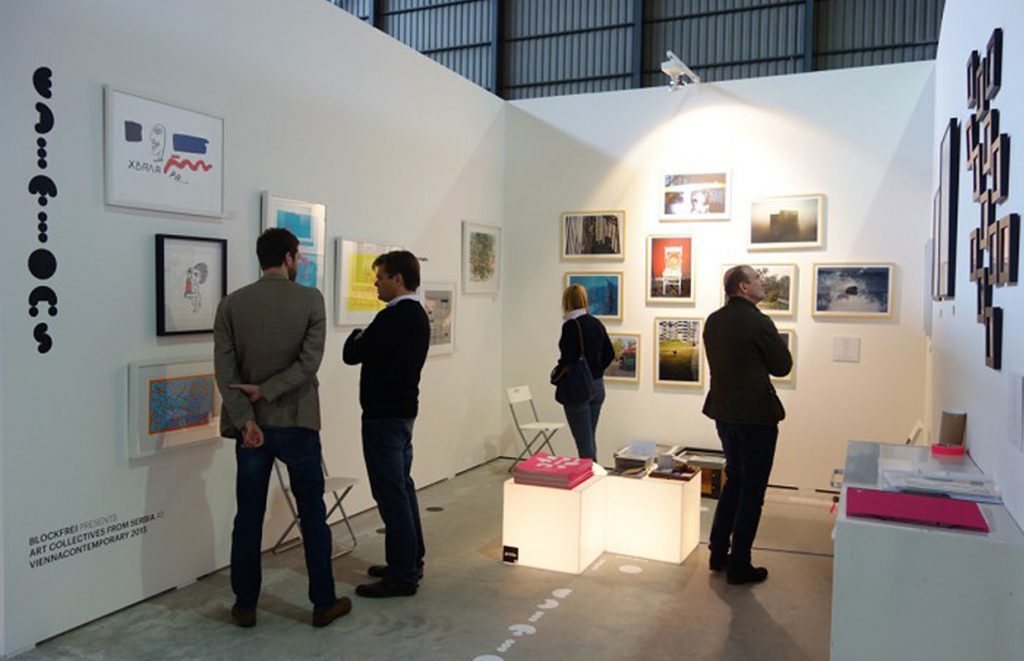 is an independent cultural organization based in Vienna. It was established in 2013 as a platform for innovative cultural praxis, with the goal to support the cooperation between cultural groups from Austria and South-Eastern Europe. Such an interaction has the aim to increase the visibility of cultural variety in Austria today, where ethnic groups from the mentioned region form a significant part of the society, emphasizing the benefits of its diversity. This interaction goes both ways and the projects are being realised both in Austria and other countries as well. Such cooperation gives an opportunity for exchanging ideas and experiences in a vibrant multicultural environment.

BLOCKFREI embodies the concept of mobility of artists and cultural professionals, strongly believing that multicultural projects are of the highest importance and inevitability part of the global cultural and geopolitical sphere. BLOCKFREI stands for the principles of multicultural, free and open society and respect for different identities where critical discourse, freedom of thought and progressive ideas manifested through direct engagement and action consequently endorse the aforementioned values.

Since it was founded BLOCKFREI conducts various educational programs for young and mid-career professionals, transnational conferences, seminars, workshops, study visits as well as exhibitions in the field of contemporary art.
It has realized more than 20 projects in the past 6 years with international character and it is among the first organizations in Vienna who has implemented intensive learning mobility course for international, emerging curators.
BLOCKFREI has also worked with venerable groups (asylum seekers) as well as with students, and established and mid-career professionals in the field of contemporary art and literature.