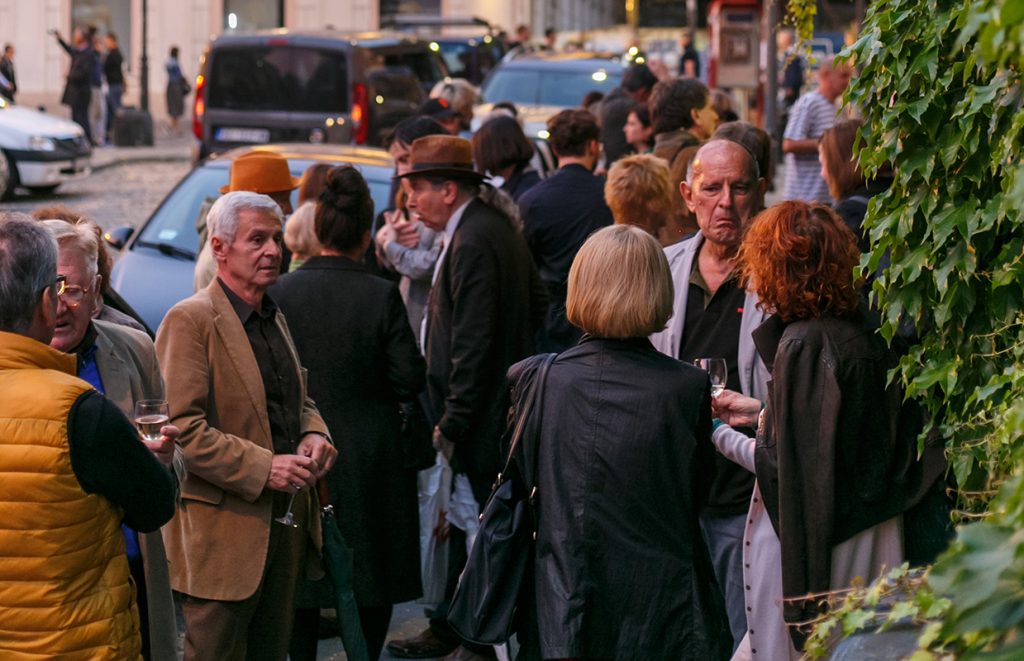 Artist from Bosnia and Herzegovina Taida Jasarevic with the exhibition titled ,,Constellation’’ presents works created over the last few years, formed into cycles. The works presented in this exhibition cover several fields of research in the field of graphic art: the semantics of graphic form and processes of image formation and transformation, the relationship between material and space, prints forms and installations, and establishes communicate between the work of art and the viewer, depending on the nature of the space in which communication happening. In her works presented at this exhibition, the author explores the issue of identity through the processes of transformation of graphic image. The relationship between image and identity has been translated into the relationship between technique and materials, graphic techniques and the airy attributes of Japanese paper. In his research, he uses the concept of “re-mediation” as the ability to re-create one medium through other media, for example: the ability to re-create digital images through photogravure techniques or to achieve digital image effects through classic graphics techniques. Taida Jasarevic examines the expressive capabilities of classical techniques and digital technologies and uncovers new creative dimensions in the process of image creation.
“The artist tries to convey the meaning of the distorting view by re-examining the very process of creation and transformation of the painting. Images collected from various sources, such as electron microscopes, the Internet, a photographic camera, videos, drawings, are recreated through computer software. Layers overlap, build complex compositions, and open spaces for new and unexpected affects and interpretations. ”(BrankaVujanovic, Three Cycles: Graphics, Collegium Artisticum Gallery, Sarajevo 2014)
Taida Jasarevic Hefford (Sarajevo, 1979), graduated from the Academy of Fine Arts Sarajevo at the Department of Graphic Arts in 2002. As a scholarship holder of the Government of Japan, she received her master’s and doctoral degrees in fine arts from Joshibi University of Art and Design in Japan in 2007 and 2010. She is a member of the University Committee for Graphic Studies in Japan and assistant Professor at the Academy of Fine Arts Trebinje, University of East Sarajevo. She has exhibited in numerous exhibitions in solo, collective and juried exhibitions in the country and abroad, including biennials and triennials of graphic arts in Poland, Belgium, Japan, Taiwan and China. Featured awards and honors come from the third Biennial of Guanlan Graphics, the Triennial in Krakow, Belgrade and Taiwan, as well as awards from the Association of Graphic Arts of Japan. He actively participates in international symposia and conferences. Her works have appeared in collections around the world and have been published in over thirty different catalogs, magazines and magazines, including Age of Print (Japan), Light \ Matter (Canada \ USA), Decoding: Contemporary Art in BiH, Imprint (Australia).