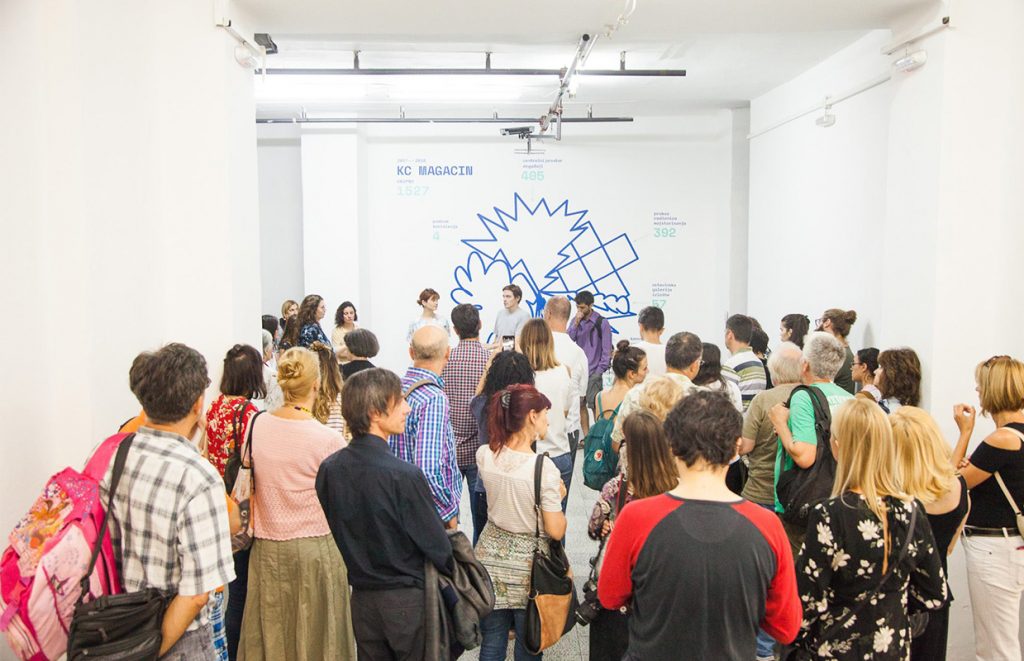 Is a space dedicated to art, culture and sociability. Through an open calendar model, Magacin is available for hundreds of users who together contribute to the conservation and enhacement of space and its increasing visibility and importance. At the same time, it is becoming a place where a community is expanding on a daily basis and also an example of collective work to preserve the public good. The legal status of the Magacin remains unresolved, although it was opened in 2007 in partnership with the independent scene and the institutions of the City of Belgrade. MKM survives and develops thanks to the struggle and self-organized work of numerous actors in the independent cultural scene, artists, activists and their friends and associates.