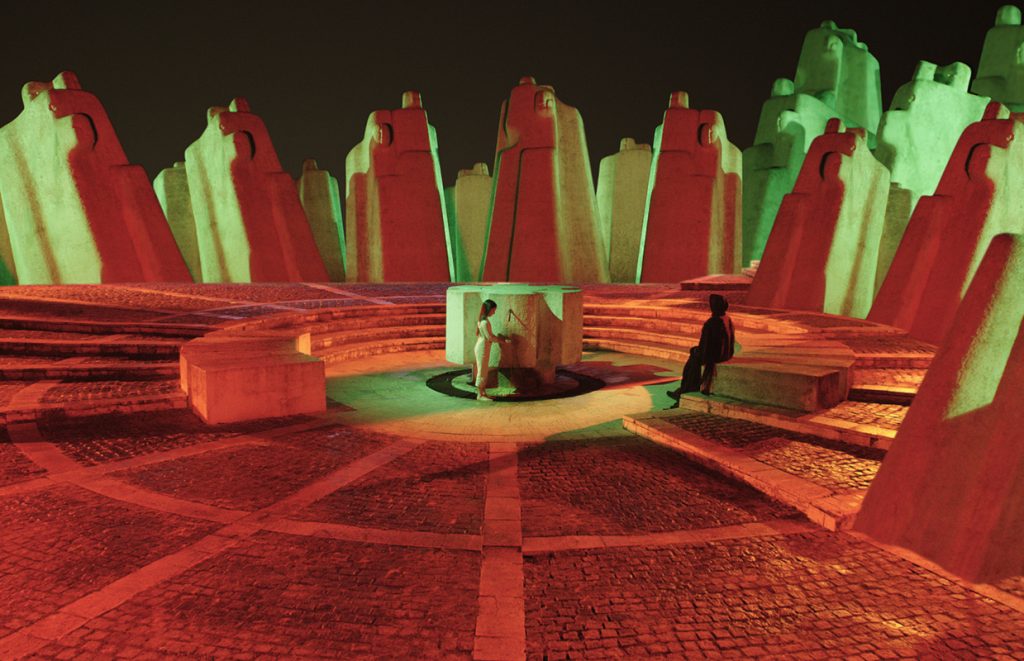 Anuk Jovović produces videos that often explore the mutual influence between humans and their environments, generating abstract narratives where any hierarchy between figure and setting is erased.

Pavle Jovović’s painting has the aesthetics of a construction site. It reveals the stage in which bricks and bars hold the wall before it’s made beautiful. Their mutual video Form and Abandon is set within an other-worldly architectural complex where a group of characters enact a series of enigmatic rituals.While the processes and symbols presented are partly rooted in Serbian mythologies and traditions, each of the personas play archetypical roles that chart universal cycles of progression, regression, fusion, and rupture.At once futuristic and archaic, essential principles are demonstrated that transcend time and space.