NEXT by Sven Marquardt on Faculty of Philosophy

NEXT by Sven Marquardt on Faculty of Philosophy 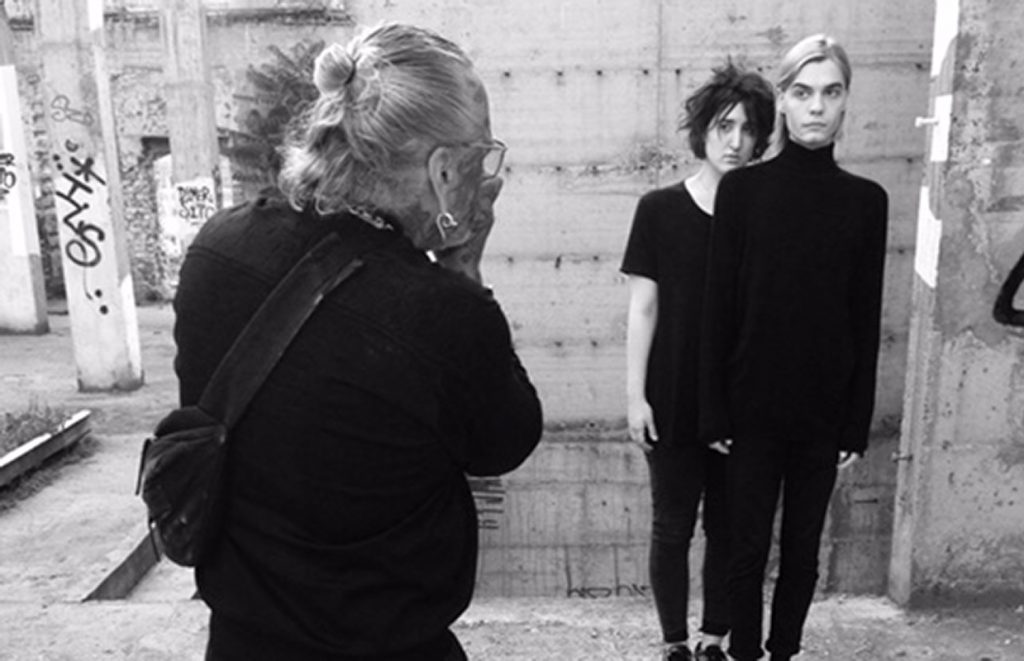 Kc City invites you to the opening of a long-awaited exhibition by German photographer Sven Marquardt. For the first time in a thirty-year career, Sven worked on a project outside of Berlin. Great inspiration that he has found in Belgrade during two-month residency he has transformed in a series of photographs whose main actors are the Belgrade citizens. Black and white portraits will be displayed on Faculty of Philosophy in central pedestrian area of Belgrade.
Sven Marquardt is a German photographer with rich artistic career, mostly formed by the socio-political situation before and after the fall of the Berlin Wall. Born in 1962, his career began in the early eighties, working first as an assistant to the famous photographer Rudolph Schafer, primarily in fashion photography. He recorded first photographs in the early eighties in eastern Berlin. Since then, he has been intensively engaged with his projects using analog photography with natural lighting, which is the specificity of his artistic work. Over the past few years, his work has achieved remarkable success. A series of photographs, in which he mainly presents portraits of people he works with or meet. His photos were presented in many Japan, Germany, the Netherlands, Switzerland, Brazil, Georgia, Spain, the Philippines, Australia and Serbia…In addition to the photographer’s career, Sven is known as the “face check” of the famous Berghain techno club. Anyone who has entered, or has not entered Berghain, knows that Sven is waiting at the end of the line and decides whether someone will enter the club or not.
Models: Vuk, Dina, Karlo, Bojana, Anja, Nastasija, Marina, Lazar, Hana, Dimitrije, Milena, Andrija, Vanja, Jelena, Nikola, Damjan, Evgenije, Jasmina, Jovana, Petar, Ilija, Raša, Sertač, Alisa, Žarko, Marko, Dejan, Nikola, Milica, Ivan, Marko, Damjan, Nikola, Sandrine, Kristijan, Gregory, Sebastian, Jelena, Jack, Damjan, Ljudmila, Miloš, Milan, Maja
The exhibition will be opened on 11th October at 19h and will be possible to visit till October 30. NEXT exhibition is supported by Delegation of European Union in Republic of Serbia.