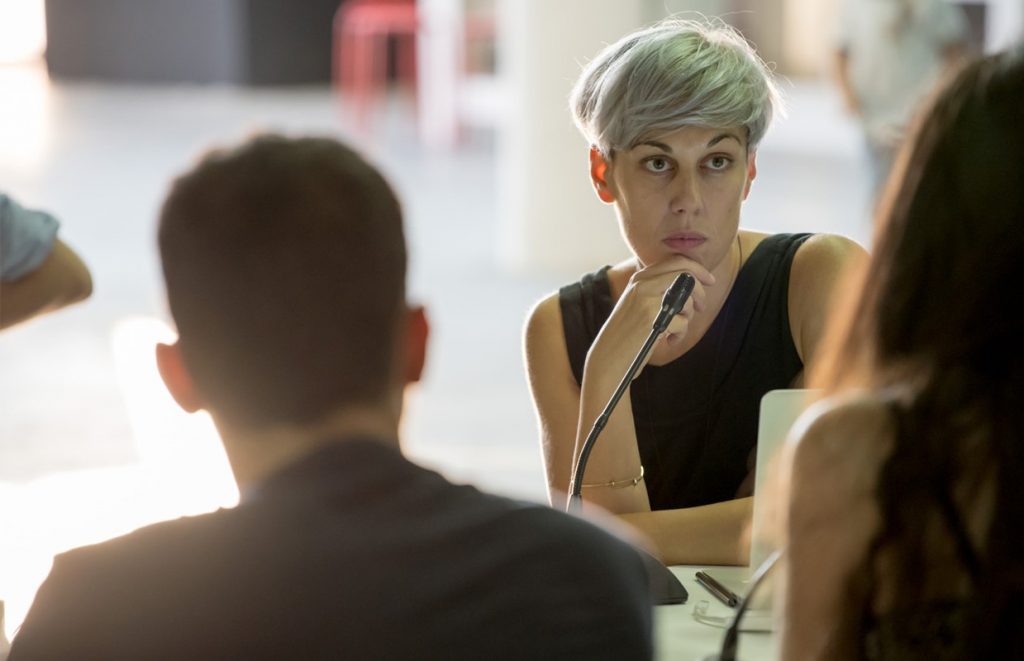 Is a permanent collaborator of ArtBOX.gr | Creative Arts Management (since 2004). She has coordinated and curated exhibitions and projects in Greece and abroad, among which: XV Biennale de la Mediterannee in Thessaloniki (artistic coordinator, catalogue editor, 2011); “Roaming Images” in the framework of the 3rd Thessaloniki Biennale of Contemporary Art (artistic coordinator, catalogue editor, 2011); “Moscow Poetry Club / Making Words”, within the framework of the international art exhibition of the 53rd Venice Biennale “Making Worlds” (co-curator and coordinator, 2009); Art Athina – Athens international art fair (co-curator, coordinator of the parallel program, catalogue editor, 2006-2008); Action Field Kodra visual arts festival (co-curator, coordinator, catalogue editor, 2004-2008). Between 2010 and 2012, she was Co-Director of Arts Management of the Macedonian Museum of Contemporary Art (Thessaloniki, Athens), and Artistic Director of the Museum’s Project Space (with Christos Savvidis). She is also a member of the programming team of the non-profit organization Margaris Foundation (Thessaloniki and Amfilochia, Greece) and, previously, a co-founder (with Stephanie Bertrand) of the group Société Anonyme. She has written texts for catalogues on various occasions and she is the editor of exhibition catalogues and publications. Member of IKT (International Association of Curators of Contemporary Art) and AICA (International Art Critics Association). Currently, Chatziiakovou is Artistic Director of “ARTECITYA” (2014-2019); and responsible for the Concept and Project Management of the project “LABattoir”, funded by the SNF (since 2015).