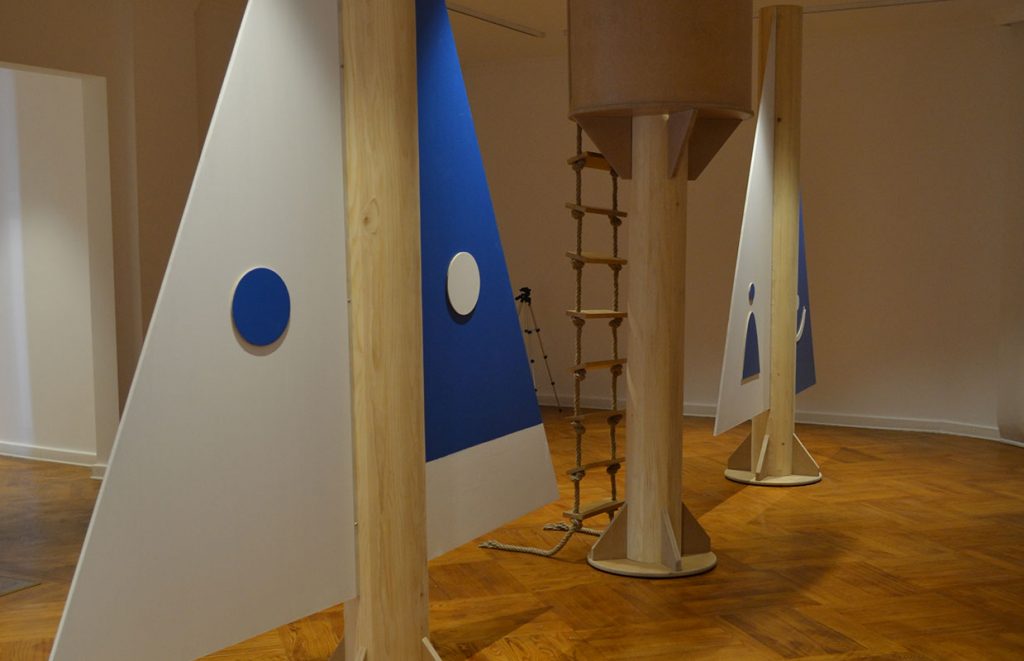 Hestia Art Residency & Exhibitions Bureau invites you to brunch with artists Branislav Nikolic, Domingos Octavian and Teodora Jeremic, curator of the current exhibition You will make sense when you find a horizon. Sunday, 13th of October, 12.30-15h
Because it’s elusive, and in fact non-existent, the horizon becomes a crucial phenomenon of the contemporary world, which remains synonymous with the goal, but this goal is largely altered. It is no longer the destination itself, but navigation – searching, moving. Being in a constant movement, but not reaching anywhere in the end, because as we reach the fantasy construct, our projections are sprayed and it turns out that “a man does not really want to get to the country within the horizons he hopes for.” On this path, without a fixed destination and within constant pursuit, a dialogue opens between Nikolić and Octaviano. Different generations, backgrounds, experiences, geographical backgrounds, they move, collect, modify, record, explore and suggest forms of existence in contemporaneity. In the general and everlasting search for meaning and accurate answers “You’ll make sense when you find a horizon”, a bit ironically suggests the lack of superior truth, and the inability to find sense in self-knowledge, but also the necessity of having an idea about them as well as overall importance of searching.